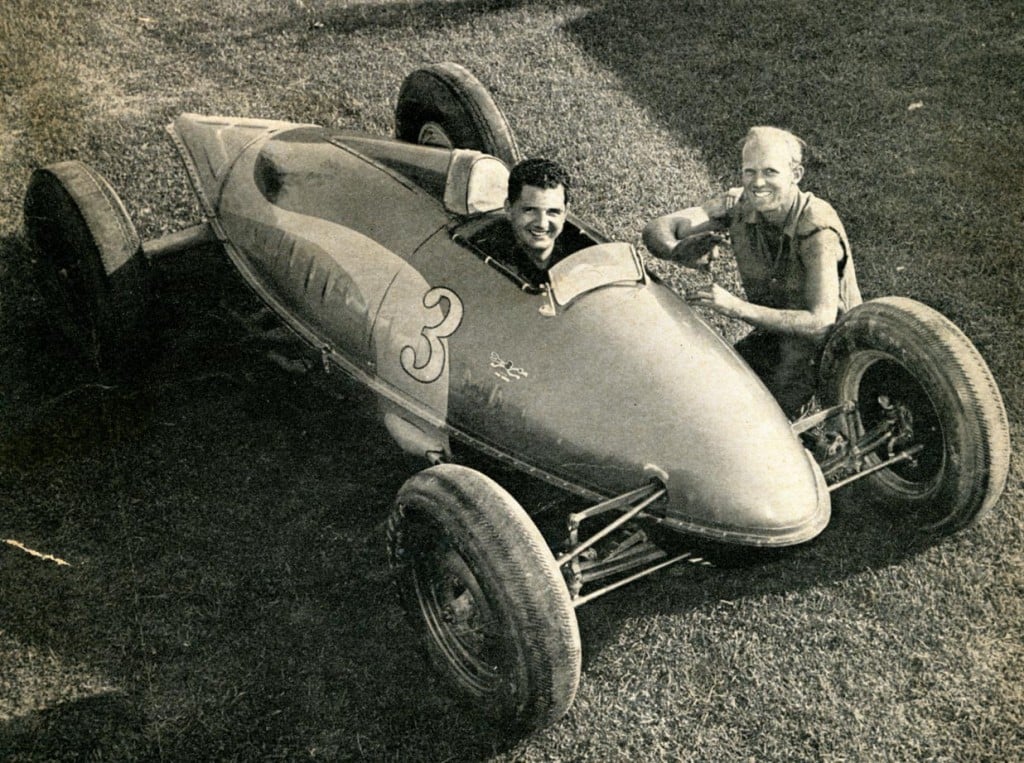 In August of 1949, Bill Burke and Don Francisco's flathead powered Streamliner made its mark in history and became nationally recognized. Named, "World's fastest Hot Rod," by Hot Rod Magazine in 1949, it was the first belly tank to set multiple land speed records at Bonneville. Co-built in 1947 by, Bill Burke and Don Francisco, Sweet 16 was was the third belly tank car that raced in subsequent seasons utilizing an aircraft surplus P-38 belly tank vessel.

This Streamliner comes to the Museum of American Speed on loan from the Bobby Green collection.

​It would seem that every aspect of the belly tank was made for racing, built to glide through wind with as little resistance as possible. The belly tank was not actually intended for racing, they were used to allow fighter pilots a larger range of flight with more fuel supply in World War II. During the War, Bill Burke worked closely with these belly tanks and as a hot rod builder, he started developing ideas on how to adapt these tanks and use them for racing.
Originally powered by a 272c.i. flathead from a '42 Merc, it was equipped with Edelbrock heads and manifold, a Harman & Collins Super H cam and Potvin ignition. The engine is coupled directly to the differential through a clutch and short driveshaft with no transmission. It utilized 2.76:1 gears with specially cut straight-tooth teeth.