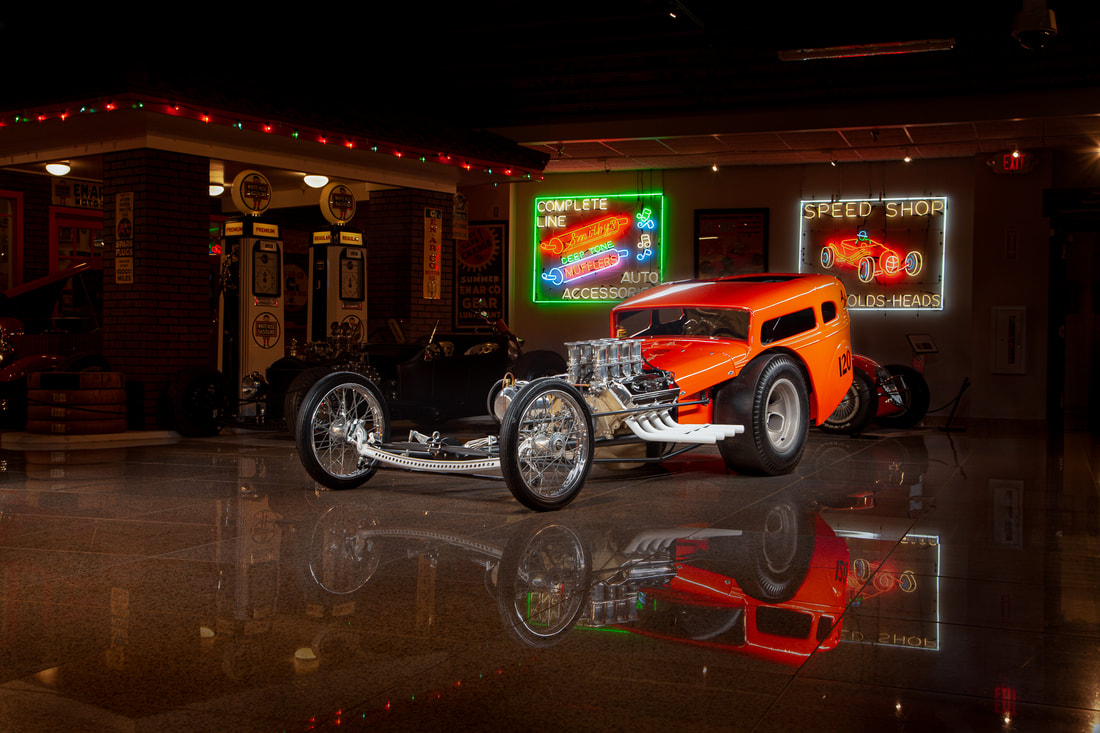 Race cars lead hard lives. After being lovingly assembled, they’re beat into the ground, updated, and beat some more until they’re no longer competitive and are retired. Then, they’re either parted out for the next car, left to sit and rot, or worse.

With that in mind, it’s a wonder that places like the Museum of American Speed even exist. It’s full of vintage race cars that were lovingly preserved or restored by people who saw something in their old bones. Speedy Bill Smith didn’t see worn out old junk. Instead, he saw monuments to man’s endless pursuit of faster and better. Monuments to the art of racing the rulebook and creating innovations that revolutionized race cars and the cars we drove to work every day.
​
Dave Crane was another guy whose love of racing caused him to amass quite a collection of cars and parts. And without him, this bright orange Bantam would not be gleaming in these photos. This is a good story, but let’s start at the beginning. 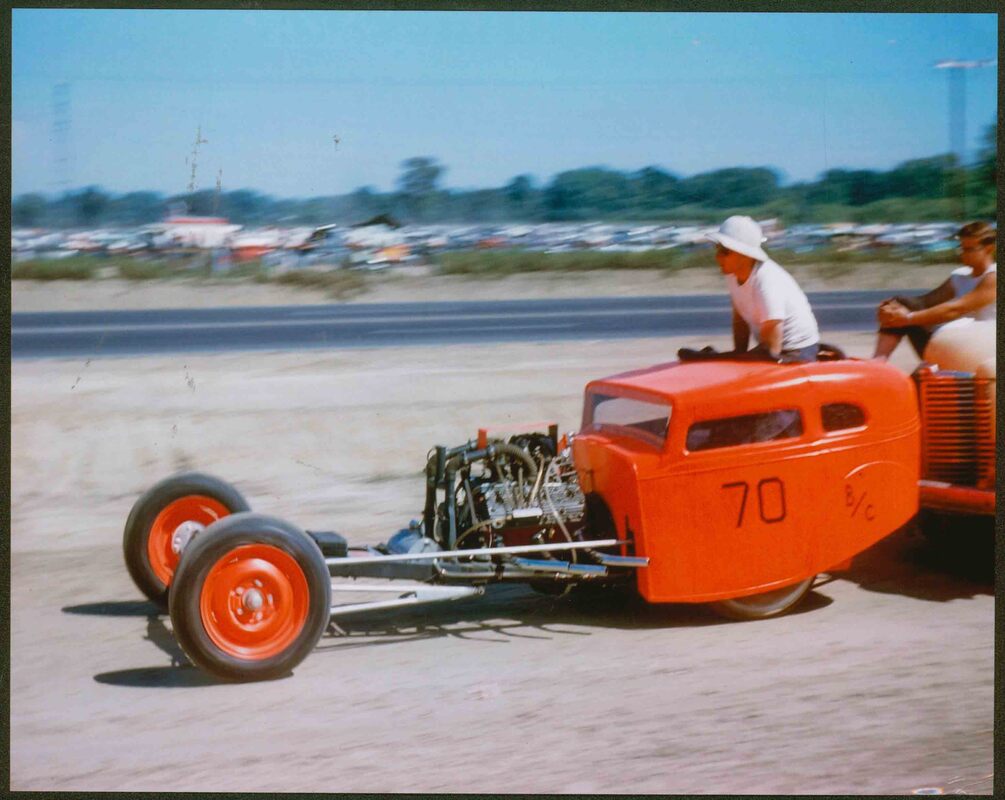 At some point in the late 50’s, a member of the Road Gents car club in Michigan built a dragster using an orange ’31 Austin Bantam body and a flathead for motivation. In 1960, the trio of Jim Nace, Marvin Ruetz, and Dave Bohl acquired the car and performed a serious powerplant swap. Like so many others at that moment in time they chose to dump the flathead in favor of one of the hot overheads. In this case, a Chrysler hemi was bored and stroked to 402 cubes and treated to ported heads, a Chet Herbert roller cam, and a Hilborn injector. 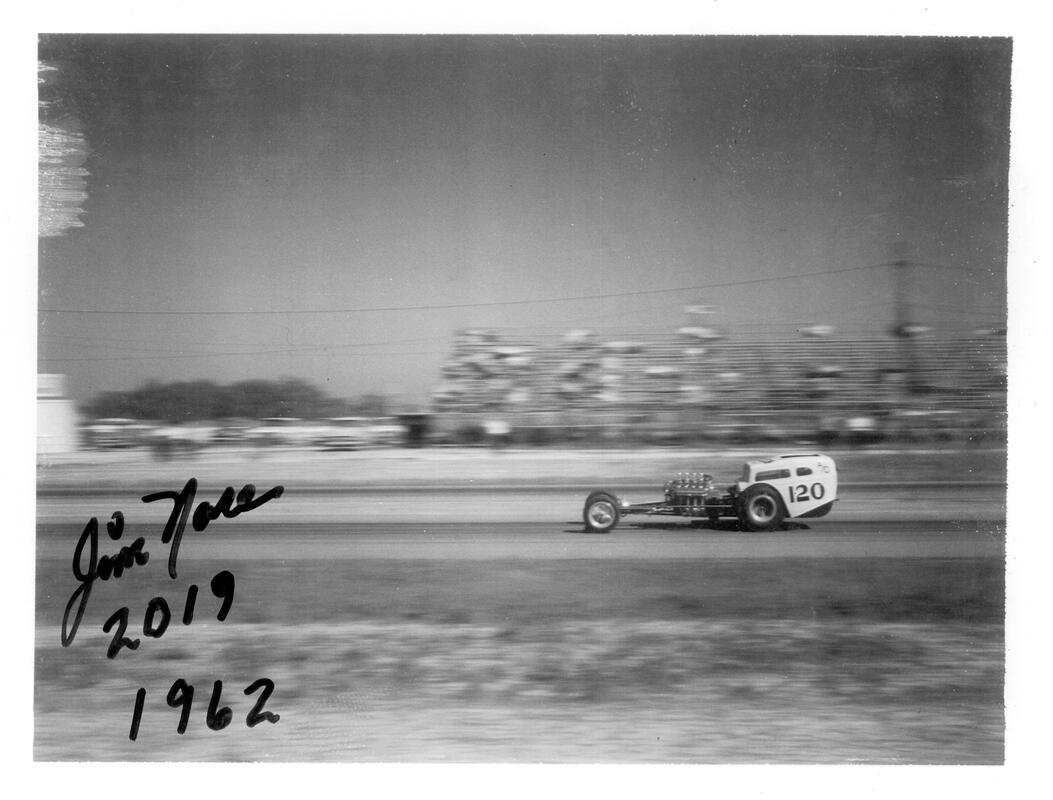 ​The trio raced the car in this configuration from ’61-’65. At the ’61 US Nationals in Indy, they caught the attention of ace Hot Rod Magazine photographer Eric Rickman. The resulting two-page feature ended up in the May ’62 issue. While black and white, the feature describes the car as having “fire orange paint” and a “black frame (with) much chrome.” It was an exceptionally nice car, no doubt why it ended up in front of Rickman’s lens. 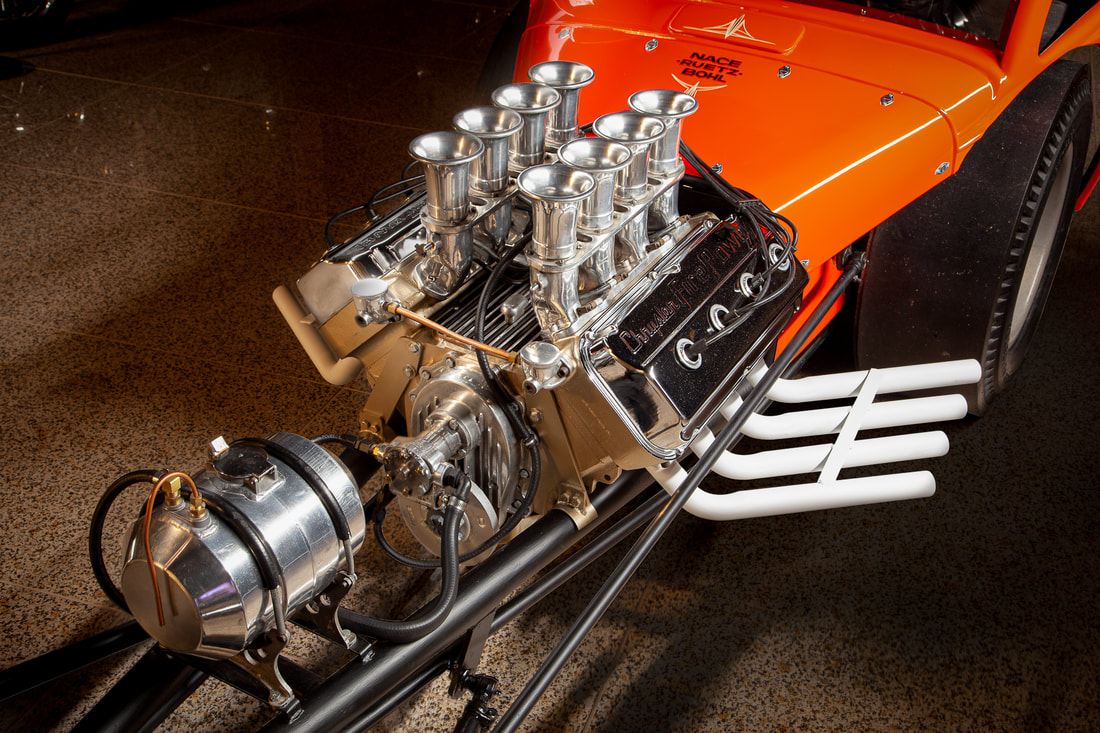 The car was supposedly sold and raced afterward, then disappeared. Thankfully, years later, a near miracle occurred. As the story goes, a guy goes to a garage sale and discovers an old race car body. Upon inquiring about the car, the owner says he’s going to cut it up to turn it into a trailer for his street rod. Knowing that this was an unacceptable fate for a car that obviously had some stories to tell, our hero sprints across town to drag racing collector Dave Crane’s house. When Dave arrived on the scene, he recognized the car immediately. Though it had been painted in a wacky psychedelic livery at some point, he knew it was the car that he used to tech at Martin Dragway years earlier.

The original chassis was long gone, but Dave had acquired an old Lyndwood chassis that fit right in place under the body and it began to look once again like it had in its glory days. Sadly, Dave passed away before the restoration was complete, but his passion and love for drag racing and the people who made it great inspired his friends Rich Martin and John McLellan to finish it as a tribute to him. Here’s their story: 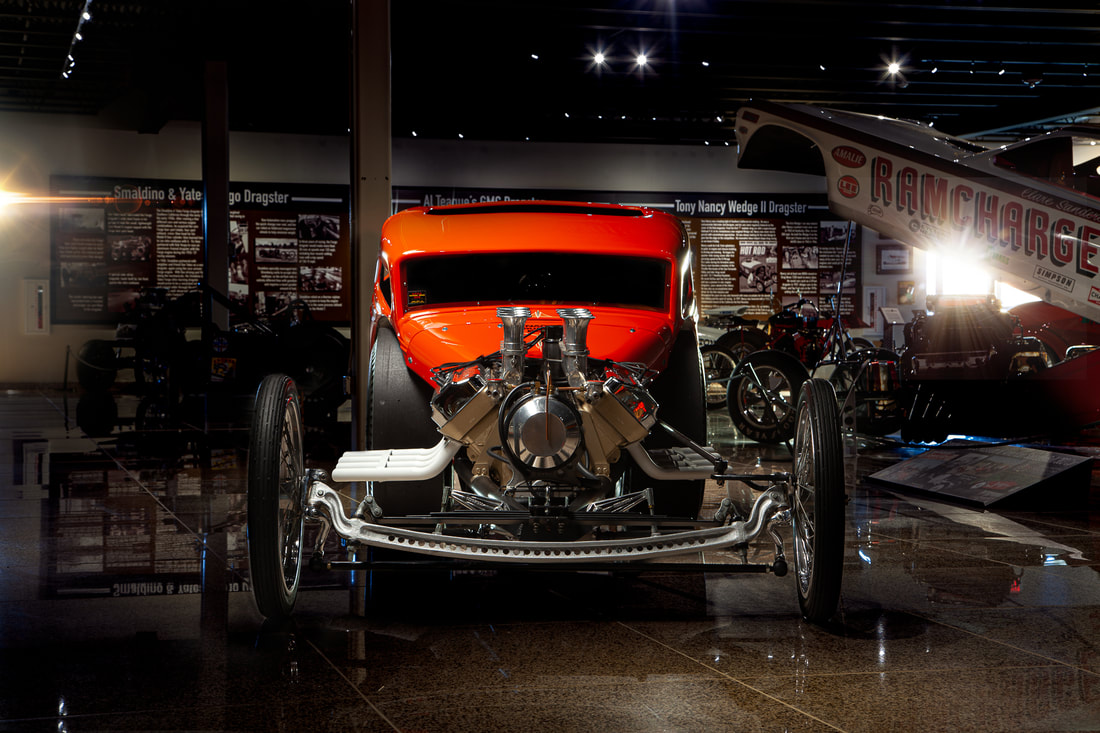 And so here it is. This gleaming orange, black and chrome Competition Coupe is way more than just an old race car. It’s a tribute to the ingenuity, hard work, and passion of the racers that first breathed life into it. It’s a tribute to Dave Crane and his friends who saved it from destruction. And it will live on in the Museum of American Speed for future generations to see and learn from.

It’s so much more than just an old race car.
​
Written by: Joe McCollough